Due to very heavy overnight rain back in August, this years York Open Championship was rearranged back at Forest Park GC and thankfully, play went ahead on a very warm, pleasant day that was briefly affected by a 20 minute down pour at mid-morning.

For the first time in History, the York Open was open to Lady golfers meeting the traditional handicap index limit of 6.4 and together with 5 PGA Professionals and 7 Juniors, the 2 Ladies from Fulford, Helen Barugh and Ashley Lambert pitted their skills against a very strong field of York's finest Amateurs.  York Union can be very proud of this landmark moment and one would hope this competition goes from strength to strength with more Cat 1 Ladies and PGA Professionals and Assistants connected with York Union Affiliated Clubs in years to come. 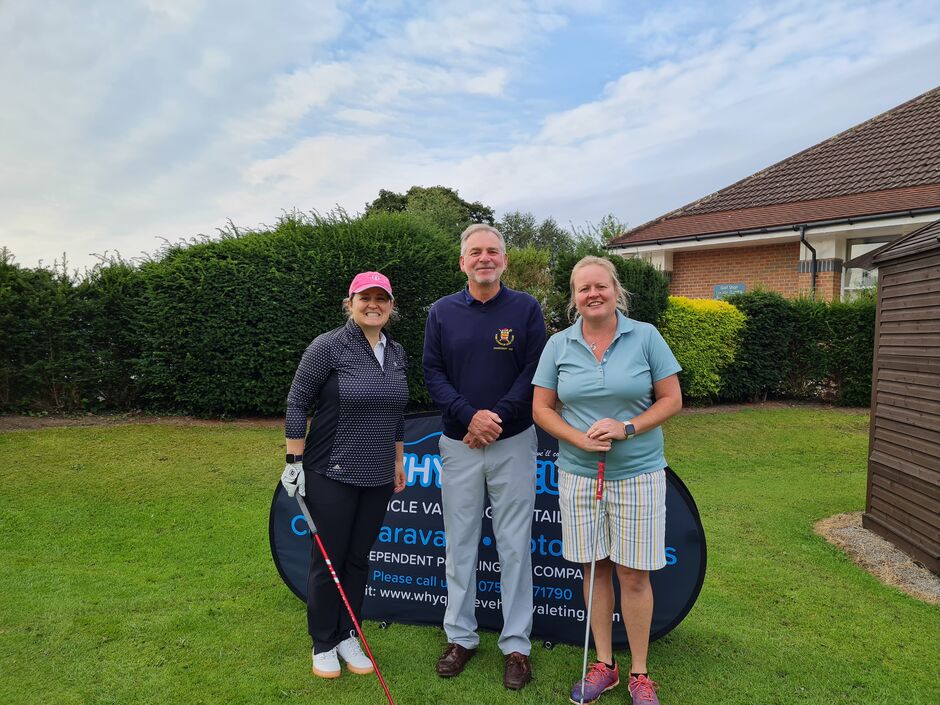 One other change to the days format, due to a restriction on tee times and the nights drawing in, the Championship was reduced to 18 holes and so hightened the jeopordy of medal golf over 18 holes which argueably increased the field of likely winners. It was great to see some Legends of York Union golf return to the more attractive 18 hole format with Richard Cass (Fulford) and York GC's Dave Holder and Mark Metcalfe.

Making the opening tee shot was Heworth's Cameron Ferguson who was playing for the Seward Trophy, which is a Junior Nett Strokeplay Championship. This was previously played in conjunction with the Amateur Championship, but now moved to the Open as it is traditionally a mixed event. Cameron was one of 11 Juniors competing, 7 of which also taking a shot at the Open Trophy. 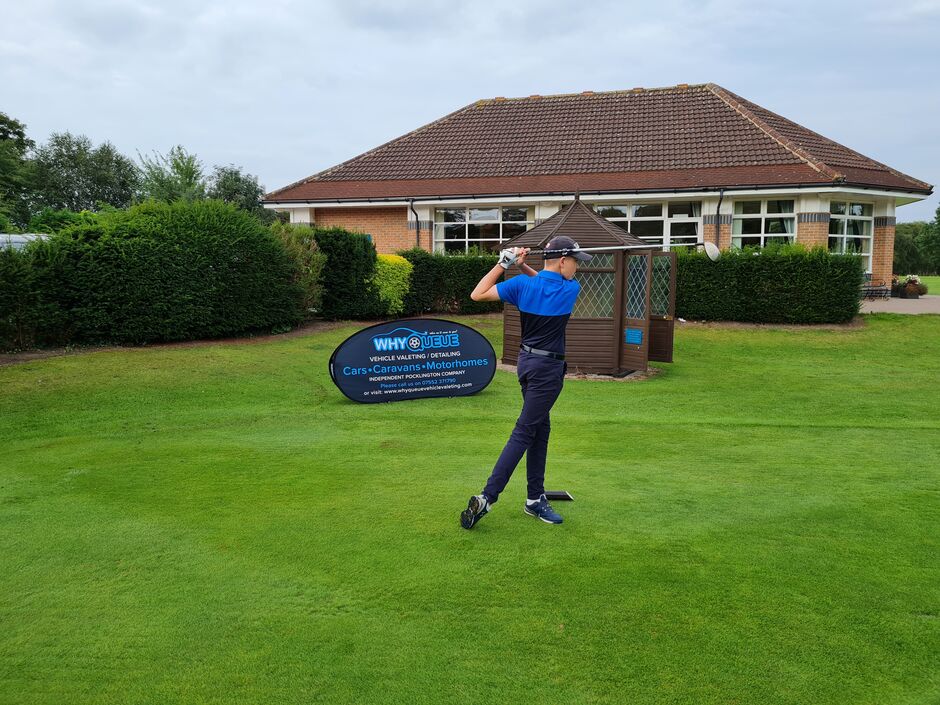 The Seward Trophy however may this year be remembered for all the wrong reasons with Competitions Secretary Andy Robson making a huge mistake with the count-backs of those tied on nett 73 in Matty Dolling (York) and Alfie Messias (Malton & Norton). In front of a busy terrace of golfers and spectators, Matty Dolling was presented with the Trophy and made a great speech. Unfortunately, the following morning, on closing out the competition, Andy realised that off Matt's +2.0 handicap, his nett back nine had been added up wrong. Alfie was in fact the winner on the countback and some apologetic telephone conversations ensued. Typically classy Matt was very gracious and accepted the news and obviously Alfie was equally understanding and obviously pleased.

Matt's gross 71(with a 2-3-4, birdie, birdie, birdie finish!) was good enough though to put him in a tie for 2nd along with James Walsh (Pro at The Oaks) and Fulford's Jamie Miller.

The Champion however with a 2 shot margin, gross 69 was Kirkbymoorside's Ryan Diuga who was delighted to be presented with the impressive Trophy from President Michael Ward. Well played Ryan!

We look forward to next Year's Championship at Easingwold GC and more drama no doubt! 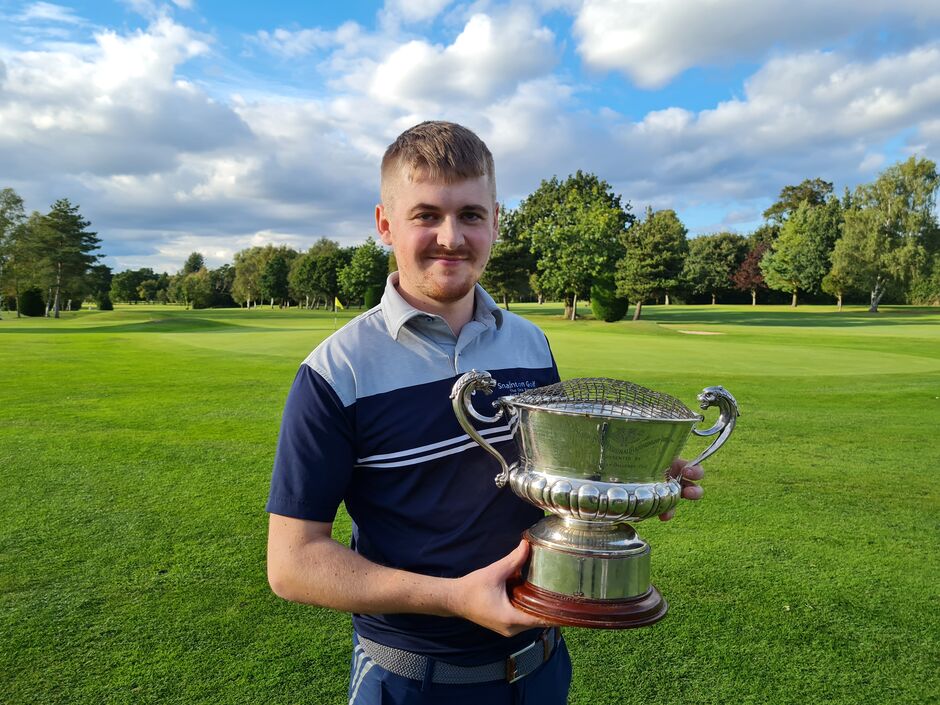